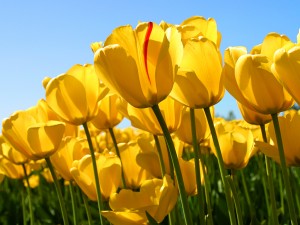 A Mother’s Day Lament
Whose bright idea was it to place the Minnesota fishing opener on Mother’s Day weekend? I long for a lovingly prepared breakfast in bed, leisurely late church service, followed by a sumptuous twenty-foot-long buffet enjoyed in the bosom of my adoring family.
Instead, I get a cold bed because Jack went fishing at three a.m. Breakfast is dry toast lovingly prepared by our kids, whom I have to hustle to church solo, while mediating the bickering over who gets to sit in the front seat (which in the era of air bags may not be such a prime location). My buffet consists of cheese and macaroni. When Jack’s gone, I don’t have to cook.
Some think Mother’s Day is just another opportunity for Hallmark to rake in the cash for sappy sentimental cards. Jack takes this view: “You’re not my mother. Why do I have to get you a card?” Perhaps to set a good example for our Jack Pine Savage saplings? Nonetheless, I am still expected to buy his mother a card.
I’d like to meet the bureaucrat in the upper echelons of the Department of Natural Resources who thought he’d placate Minnesota mothers by tossing them a freebie. (Normally I’m a sucker for anything I don’t have to pay for—not this time.) “I know,” he said. “We’ll still put fishing opener on Mother’s Day weekend, but we’ll let all the little mothers fish free on Mother’s Day.” I wonder if his own mother is still speaking to him?
I’m sorry, but that’s like playing a carnival game and winning the cracked plastic bird whistle from under the counter, when you had your heart set on the five-foot, pink, stuffed panda hanging from the marquee.
Aren’t we worth the panda? Is one day of unadulterated worship too much to ask? Mothers are more than women who give birth to progeny. We’re the chief cooks and bottle-washers, the ones who stock up on toothpaste and toilet paper—and most importantly, the finders of things invisible to any naked eye but our own.
I wish video technology had been invented when Jack and I got married. I’d play the vows backwards to discover the hidden message where I’d promised to love, honor, and be “The Keeper of the Stuff.”
There is one person in every household who always knows where an item can be found on any given day. Nine times out of ten, it’s the mother. I’m not a neatnik with a blueprint for a brain, but I either know exactly where to find the warranty for the bug-zapper we bought five years ago, or I can tell you two alternate locations, one of which is sure to be pay dirt.
“Where are my keys?” Jack hollers thirty seconds before going out the door.
“Where-did-you-put-them?” I reply in auto-replay mode. Does he think I take pleasure in hiding his stuff? Is there a sadistic joy in knowing he is totally dependent on my producing the keys so he won’t be late for work?
His voice rises to a frenzied pitch: “They’re not there.” I wearily walk over to the counter, move aside one of the scraps of paper that he’d deposited along with his keys, and voila, there they are.
“Just because they didn’t pop out and say ‘Here I am,’” I mutter, as he scoops them up and dashes out the door.
This pattern repeats itself with clothes on his side of the closet, “Where’s my plaid shirt?” and condiments in the refrigerator, “Have you seen the barbecue sauce?” My personal favorite is, “Who hid the TV remote?” (I did, of course. When my last afternoon soap opera was over, I shoved it into the bon-bon box and slid it under the couch.)
Being a fishing wife is trial enough. Don’t expect me to fish. I’m still trying to calculate how long I have to keep the leeches in the back of the refrigerator before I can justify throwing them out. Like leftovers, they’re never used again. They just take up valuable shelf space as they slowly grow fuzzy little sweaters.
Maybe this May, when the ice goes off the lake and his thoughts turn to jigs and lures, I can finally turn the whole situation to my advantage.
“Jackie, have you seen my tackle box?”
“Tackle box? Gee, dear, I don’t know. Where did you put it?”
# # #