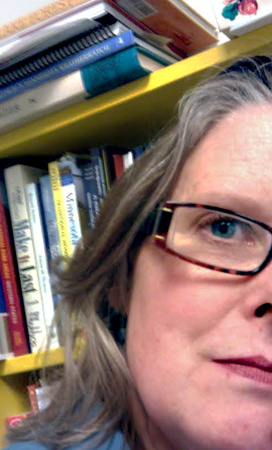 Jodi Schwen (“Jacqueline Pine Savage”) is a native of the lakes and woods of central Minnesota. She enjoyed a Norman-Rockwell childhood, but the town kids thought anyone from the country must live on a farm. They had no idea what they were missing. Growing up on a lake meant hours spent swimming and catching frogs in the summer, and skating and sledding in the winter.

Writing as “Jacqueline Pine Savage” has allowed her to protect the innocent while writing about north woods living through the years.

Schwen especially enjoys using stories from personal experience and daily life to encourage others to spark their own creativity. She believes, “Everyone Has a Story.”

She has been editor-in-chief of Lake Country Journal magazine (Brainerd) since 1999, and began as its contributing editor/writer in 1997. In addition to LCJ, her published credits also include Minnesota Monthly, Guideposts, personal experience, fiction, and fillers in various publications. Her theatre background has led to concepting, writing, performing, and directing dozens of original dramas for retreats, churches, holidays, and small groups. (She has also been known to appear in character at the drop of a hat.)

Her M.A.communication thesis includes an original drama written from the narratives of breast cancer survivors. She also teaches communication as an adjunct professor.