Surprised again on the Road to Emmaus 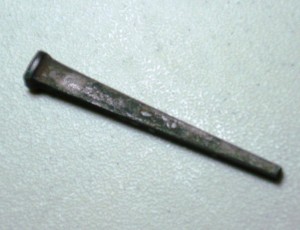 It was a simple Easter sunrise service put on by the church youth. With trembling hands, the gangly boys pushed back wheat-colored hair that fell across their oily foreheads. Wispy-voiced girls tugged at short skirts as they rose to read scripture before the assembled worshippers, parents, and friends.

We stood, we sang, we sat, we stood again, we listened, we prayed. The songs were familiar, the liturgy steeped so long in tradition it had the flavor of weak tea.

Next on the program: a pantomimed drama. The actors moved through their roles with no spoken lines–a narrator read the events as they unfolded through scripture.

The scene of the women discovering the empty tomb ended and we patiently waited as the stage was reset and the reader began the story of the road to Emmaus.

“Now that same day, two of them were going to a village called Emmaus . . . they were talking with each other about everything that had happened.” (Luke 24: 13-14)

Then it happened. From where the pastor was seated, I could see him gazing intently down the center aisle. I have long been a lover of drama and studied theatrical staging. I guessed the scenario and thought: Okay, now the men are walking down the aisle and will meet Jesus in the front.

Then I was fooled by one of the oldest tricks in the drama book. I turned around in my pew–just as “Jesus” rose from where he had been seated–directly behind me. He pulled a simple linen covering over his head and joined the youths walking to the front of the sanctuary.

The rest of the narration, indeed the scene itself, was a blur as I mulled over this delightful occurrence. In the earlier flurry of arriving at the church, being seated, retrieving bulletins, and greeting friends, I’d been totally oblivious to “Jesus” sitting behind me, wearing a simple robe, and drawing no attention to himself.

How many other Sundays, indeed weekdays, are the same? Are we constantly mired in our routines of shuttling our kids, working, or recreating? Meanwhile Jesus is in our midst, drawing no attention to himself . . . waiting to receive the worship He is due.